Can a 15 Year Old Dog Recover From a Stroke? 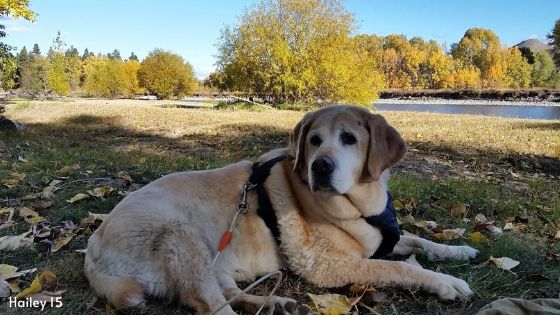 Just like humans have strokes, dogs can as well. I know how scary that thought is, but just because it can happen does not mean it will happen to your dog. The best way to help is to be prepared by learning more about it, what the signs are and what to do should it happen.

Most dogs will recover from a stroke, but whether they do or not will depend on where in the brain the stroke occurred. The prognosis and likelihood of another stroke depends on the cause and whether it can be treated.

Dr. Evelyn Galban, Chief of Neurology and Neurosurgery at the University of Pennsylvania School of Veterinary Medicine says “In general we expect dogs that are improving in the first three to five days to have a good recovery within four to six weeks’ time, some with residual deficits but still a good quality of life.”

Is a stroke the same as a seizure or epilepsy?

It’s not uncommon for an old dog to have a seizure. My heart dog Red had a few minor ones, and boy were they scary…for me more than her.

I’ve heard these three words used interchangeably, but are they same thing?

According to Dr Ernest Ward in a post about seizures on the VCA hospitals website, a seizure “is a temporary involuntary disturbance of normal brain function that is usually accompanied by uncontrollable muscle activity.”

“Epilepsy is a term used to describe repeated episodes of seizures.”

While a stroke can resemble a seizure, the cause is different.

Specialists at Southeast Veterinary Neurology say “A stroke occurs if blood flow to part of the brain is obstructed in some way. This can damage nerve cells and cause a variety of clinical symptoms similar to those in dogs with other neurological conditions, such as brain tumors.”

What causes a dog to have a stroke?

A Blockage in or narrowing of blood vessels prevent blood and oxygen reaching the brain, causing cells to die.

There are 2 types of strokes – Hemorrhagic and Ischemic

“Hemorrhagic stroke or bleeding in the brain can happen as a result of high blood pressure, problems with blood clotting, platelet problems, leaky blood vessels, certain infections, parasites, or toxicity.”

“Ischemic stroke refers to reduced blood flow to the brain due to blockage of a blood vessel. This blockage can occur as a result of increased blood clotting from hypothyroidism, kidney disease, Cushing’s disease, or cardiac disease.” 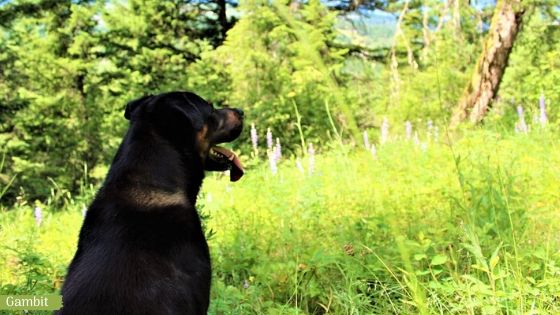 How can you tell if a dog had a stroke?

A stroke tends to come on very suddenly, so one minute your dog may be fine, the next he or she is exhibiting some strange symptoms.

Here are signs that could indicate your dog is having a stroke:

The thing is, some of these symptoms can indicate other health issues.

For example, an attack of pancreatitis can cause vomiting and vestibular disease can be the reason for the head tilt. What some may think of as “sudden blindness” may have been a gradual loss of vision due to diabetes, and the dog “suddenly” went blind. Crying can be the result of an injury, for example trying to jump onto the couch, or arthritis.

If you have a dog with pancreatitis, or you’d just like to learn more, this article “What You Need to Know About Dogs and Pancreatitis” will be helpful.

What do you do when an old dog has a stroke?

If your dog is exhibiting any of the above signs, he or she needs to be evaluated by a veterinarian as soon as possible.

If you can take a video that will be helpful as well.

At your appointment your vet will perform a physical exam, likely take blood and urine, possibly an x-ray and maybe even an ECG. He will determine the tests he needs in order to rule in or out other possible explanations.

While these tests can’t diagnose a stroke, they can help him determine if any of the signs you witnessed are the result of an ongoing or perhaps new medical condition.

Since an MRI is the best way to determine if your dog did in fact have a stroke, your vet will likely refer you to a neurologist. Most vets do not have an MRI machine, unless yours is located at an animal hospital.

MRIs are expensive and not everyone is able or willing to put their dog through that kind of a test, which also requires him to be anesthetised. Prices will vary by practice and location, but they’re typically $2,000+.

Ask your vet whether or not it’s really necessary, and what difference knowing will make. There is no specific treatment for a stroke so is there a point? Only you can make that decision, in consultation with your vet.

I know of many senior dog parents who have decided to go ahead, while many others did not feel knowing would make a difference to their dog’s quality of life. 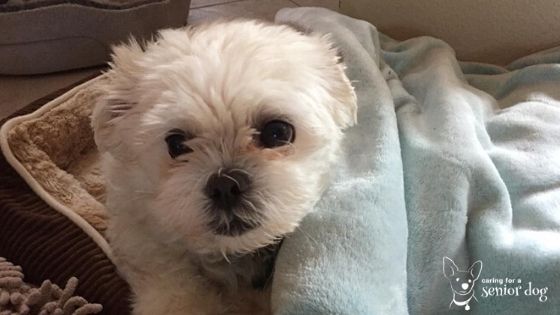 How do you treat a dog that had a stroke?

Since my dog had seizures not a stroke, I was doing some research into possible treatments. I read there aren’t any treatments that can repair a damaged part of the brain, but I also read an article by Dr Karen Becker, an integrative vet who had this to say.

“Initial treatment typically involves intravenous fluids and IV corticosteroids to control brain swelling and support blood circulation to the brain. This is a situation in which giving corticosteroids immediately can be life-saving and help prevent permanent damage.”

“The neurologic symptoms of a stroke gradually resolve on their own as the animal’s body re-establishes normal blood flow to the brain and swelling resolves. During this period, acupuncture, antioxidants (SOD and astaxanthin), Chinese herbs and homeopathy can be very beneficial.”

Your dog may need lots of support eating, drinking and regaining mobility. They may also have issues with peeing and pooping, so pee pads may be needed.

Can strokes in old dogs be prevented?

According to Dr. Galban, about 50% of dogs who suffered a stroke already had an underlying health condition. “These conditions can include systemic diseases: Cushing’s disease, hyperlipidemia, chronic kidney disease, hypertension, diabetes mellitus or hypothyroidism to name a few of the most common.”

I find this encouraging because in these cases, regular vet checks may help reduce the chances of your dog suffering a stroke.

Twice yearly vet visits are always recommended for old dogs. Blood and urine tests are done to help monitor an existing health issue, particularly critical if your dog has a condition that increases the risk of developing blood clots.

It is also the time when a new problem can be detected, hopefully in its early stages when it has a better chance of being treated or managed.