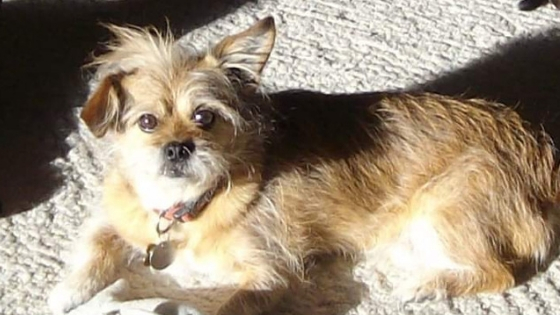 I adopted my sweet Dexter from the humane society when he was (to the best of their knowledge) 5 years old. My sister and I were room-mates at the time, so she came with me to the shelter hoping to talk me into getting a Puggle if there was one available, and there was! Wanting to check out the other pups first, I was walking a few feet behind her, when she stopped at a kennel that I couldn’t see yet and yelled “OH NO!!”. She knew that as soon as I saw him he would be the one for me! And she was right! We took him into the meet and greet room and I hugged him (he growled, which I would later learn for him didn’t mean he was upset, it was more like a purr!) Luckily it didn’t deter me, this dog was mine!

They had no backstory for him, only that someone had adopted him a few days prior only to return him because he was “too ugly” (insanity, I know!)

He always has had a funny personality, he didn’t quite interact like the other dogs. Always sweet and fun, but sometimes aloof and always just a little odd! I adopted a kitten shortly after, and he decided that she was his, he would clean her and cuddle her and mother her, it was the cutest thing! 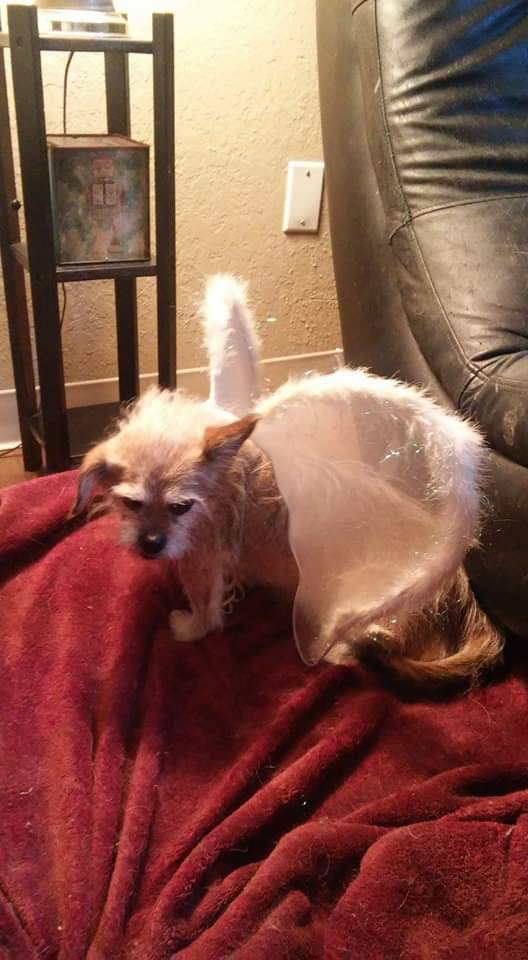 She is now 7 years old, and he is nearly 16. Last year he came down with a couple different health issues that the vet could never quite figure out. It started as what looked like skin issues and quickly it became clear that the main problem was neurological in nature. Slowly over time he progressed from stumbling here and there to being unable to walk at all. He’s not in pain, still eating and drinking and the vet thought it would be ok to do hospice-type care at home. It has been a struggle at times but I am so glad we have had this extra time together, and he has been such a trooper! I have another dog, Jack, who has become my helper in taking care of him. If Dexter needs something in the night, Jack will bark at me until I get up to tend to him, and same if I’m not fast enough with his dinner! He will take it just as hard as I do when the time finally comes, we may need to adopt another senior for him to take care of!

As the time to say goodbye gets closer, I can only be thankful that we have had as much time as we have together, and I’m so glad I’ve been able to show him how much I love him. He’s still just as sweet and odd as ever, and there will never be another like my best friend. 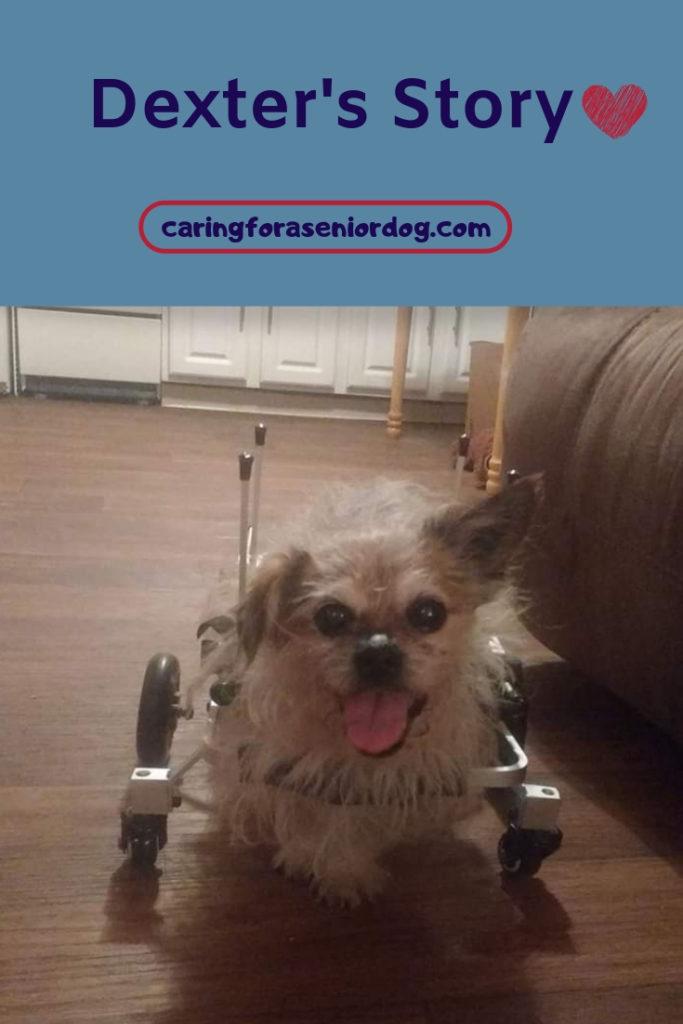 How to Exercise Your Old Dog Safely in the Winter
Next Post: 21 Ways to Show Your Dog the Love on Valentine’s Day